FROM BURNOUT TO BLISS

SHIFT YOUR PARADIGM IN 3 DAYS

Can One Weekend Change Your Life?

If you're ready to shift your perspective and release your stress, join us for this 3-day spiritual reboot.

You'll take a deep cleansing breath of renewal with gentle yoga classes, a sound bath, time spent in nature, nourishing food and stimulating company, in an environment of beauty and serenity supported by our teaching team.

Throughout the long weekend, you'll receive the most important education you never got in school: how to live in alignment with the spiritual laws of the universe, and release limiting patterns and programs that have kept you stuck in cycles of suffering.

As you raise your vibration, you'll feel lighter, more energized and joyful, and naturally attract higher levels of abundance, greater harmony in your relationships, and a much deeper sense of serenity and peace that nothing can shake.

You'll leave this transformational retreat with clarity, a sense of purpose, and the simple tools to consciously manifest your best life with ease and grace.

The retreat will be held at the Bastide of Château Grand Boise. It will consist of the daily routine detailed below, interspersed with delicious, healthy, balanced meals.

Register for the Retreat

Located in the heart of Provence, Chäteau Grand Boise is a wine estate with not only a history but a Soul. Located 25 km (15 miles) from Aix-en-Provence, the château is a magical place with 400 hectares of forest, 40 hectares under vines, and 40 km of trails. It overlooks the medieval village of Trets-en-Provence, at the feet of Mounts Olympe and Aurélien. From its grounds with one single gaze the visitor can embrace the whole of the Mount Sainte-Victoire and the Arc Valley. This is a unique and unbeatable viewpoint.

Amid vines and woodland of the vast property, the Bastide of Château Grand Boise majestically dominates the Arc Valley, directly opposite the Mount Sainte-Victoire. First built in 1610, it embodies four centuries of history right in its very stones. It is a huge yet welcoming mansion where one feels at home... where a stay does you good.

The Bastide was recently renovated from top to bottom. Everything that gave it its charm was retained and the rooms were redecorated: every one of them has its own personality, its own feel, and each is a separate little universe.

The enormous terrace, the unique views, the pool, the shady gardens full of the scents of Provence, all encourage you to let yourself be lulled into a relaxed and peaceful rhythm of living. This is a truly magnificent place to spend several days and truly rediscover yourself. 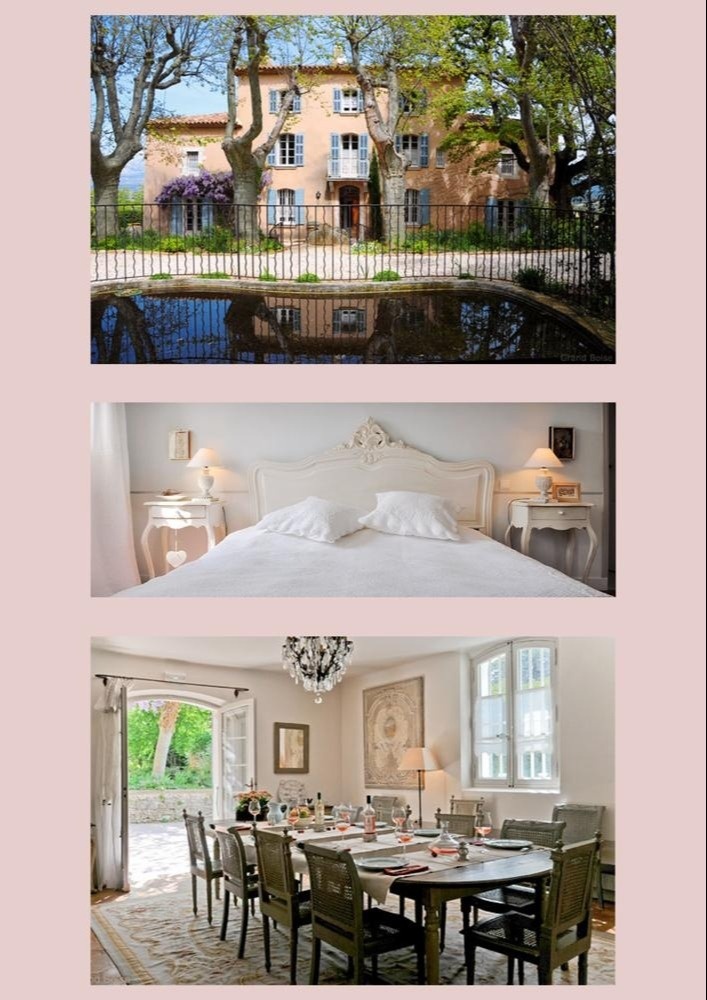 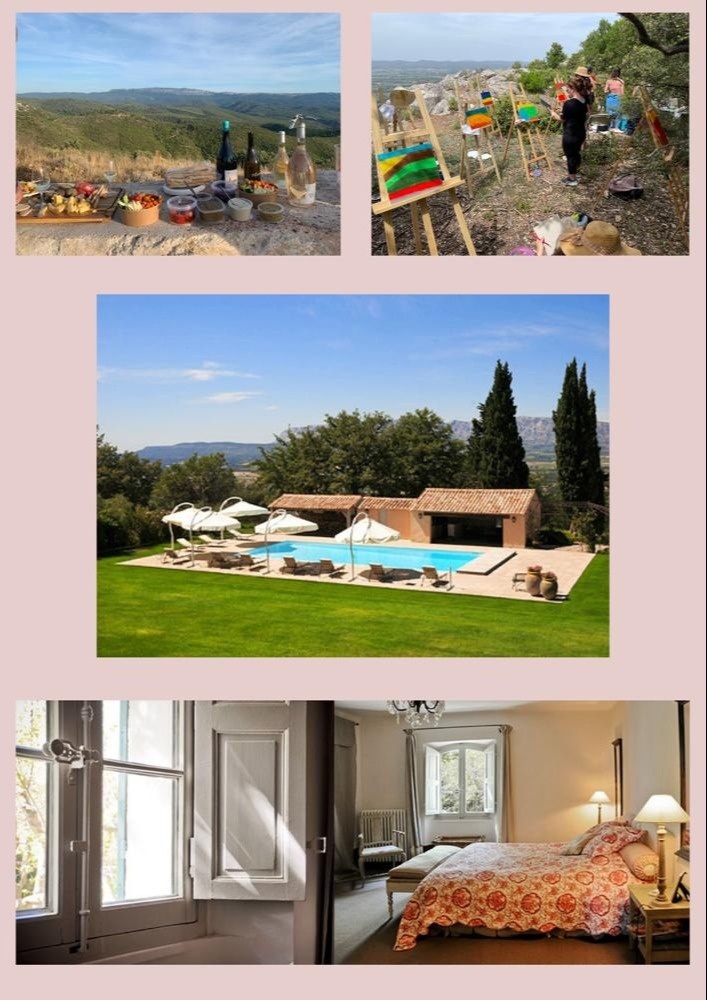 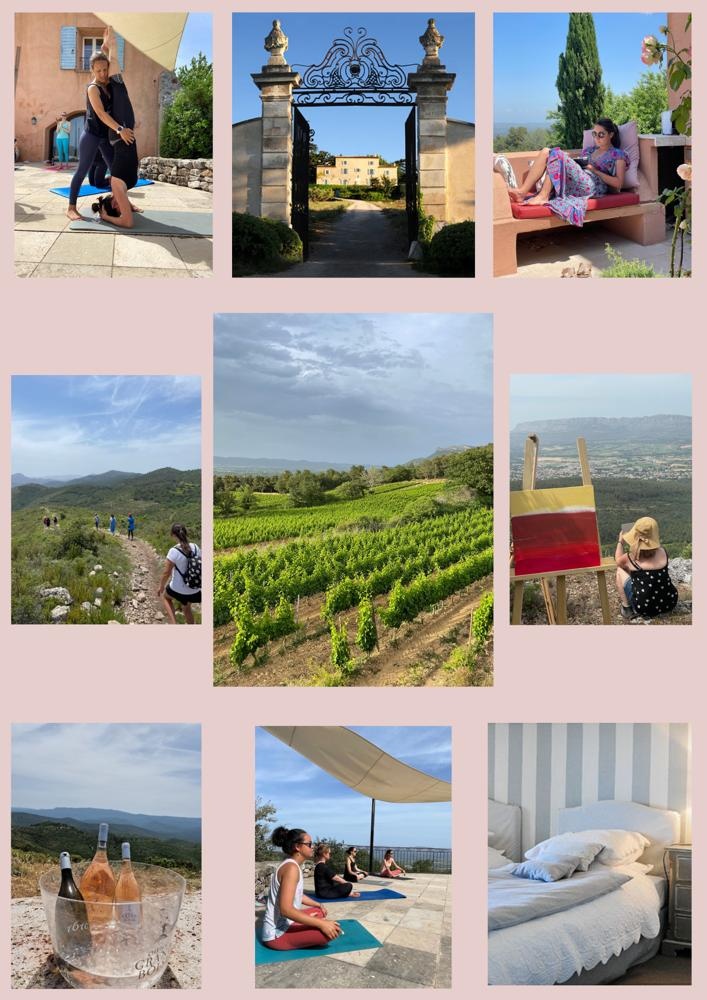 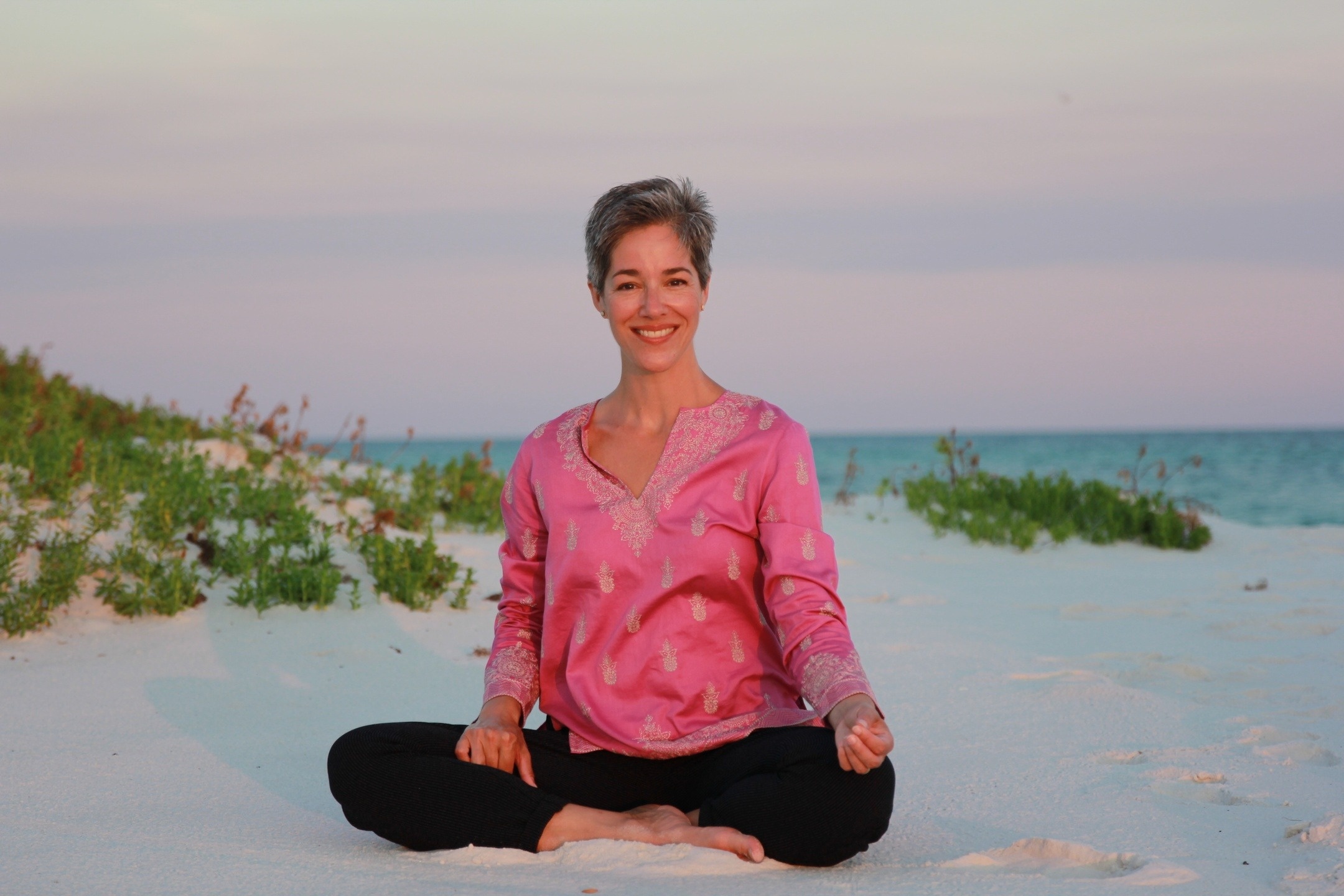 Claire Lautier works with awakening people all around the world to help them grow their awareness of the spiritual laws of life, build their dreams, accelerate their results, and create richer, more fulfilling lives by learning the focused use of Thought Power arising from the state of Presence.

A professional actress and singer for 25 years, Claire appeared in leading roles on stages across North America and the U.K., and in mainstream film and television.

Her heartfelt desire to understand human nature and our place in the Universe led her to deepen her connection with her Soul, first as a Certified Trainer in the Gyrotonic Expansion System, then through an intensive study of Kundalini Yoga.

She is a KRI-Certified Teacher, and an ANS-Certified Level 2 Teacher Trainer in the spiritual technology of Kundalini Yoga.

Claire is a gifted speaker, writer, and teacher with a talent for heart-centred communication. As an actress, she appeared in Vanity Fair magazine alongside such luminaries as Judi Dench, Patric Stewart, Ian McKellan and F. Murray Abraham, and has shared the stage and screen with some of the biggest names in Hollywood, including Will Ferrell, Christopher Plummer, Ricky Gervais, David Duchovny, and many other performers of the highest caliber.

In the world of spiritual and personal development, she has worked alongside world-renowned teachers such as Karta Satyavrati Singh, the Ascended Master Channel In'easa Mabu Ishtar, and Mary Morrissey.

She is the creator of the popular podcast, The Grace Space,a combination of storytelling, interviews, and teachings on Universal Spiritual Law that creates a space where the resonance of Truth can be felt within and the deeper dimension of Being can be experienced. She is also a featured contributor to enlightened media including popular websites for health and wellness.

She is a recipient of the Brave Thinking Institute's Impact Award for transformational coaches who are making a difference in people's lives and raising the vibration of humanity. She is also a Top Mentor on Wisdom, an app focused on meaningful conversations about spirituality and personal growth.